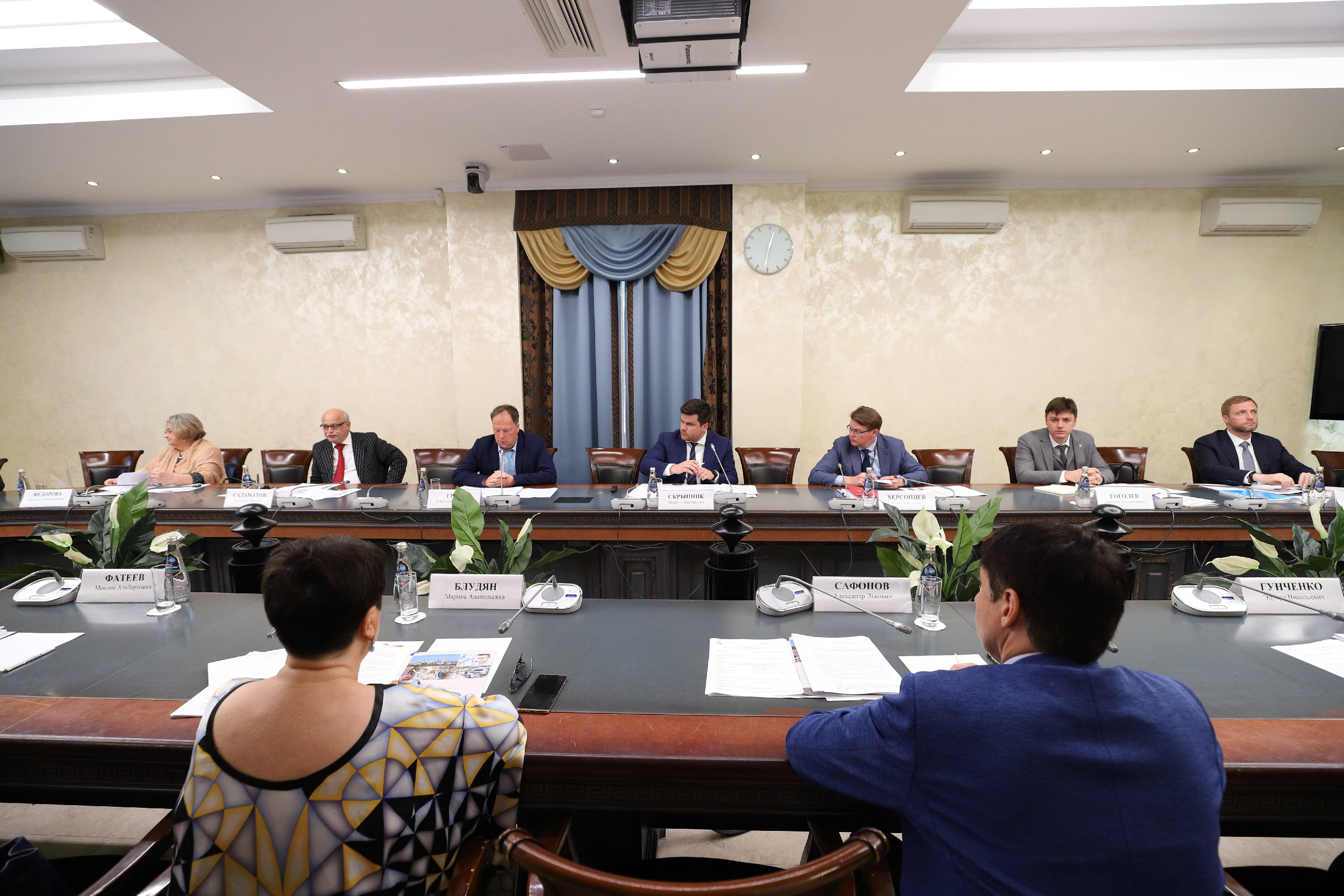 August 18, Moscow saw the meeting of the RusAccreditation Public Council at the Public Chamber of the Russian Federation, where the results of the activity of RusAccreditation for the year 2019, as well as the objectives for 2020, were presented. The event was attended by State Secretary – Deputy Minister of Economic Development of the Russian Federation Alexey Khersontsev, heads of working bodies at the Public Council.

At the opening of the meeting Deputy Secretary of the Public Chamber of the Russian Federation Vladislav Grib noted that the work of RusAccreditation is aimed at ensuring the quality and safety of citizens’ lives, “a large role in this work is assigned to the Public Council established under the auspices of the Service”. Participants of the meeting underlined a significant contribution of the RusAccreditation Public Council and especially its chairman to the formation of the national accreditation system, active interaction of RusAccreditation with the professional and expert community, prompt response of the Service to requests and calls from industry and business representatives, role of the collegial body in developing a digital ecosystem of the national accreditation system.

Alexey Khersontsev thanked the members of the Public Council for their proactive approach to issues related to the activities of RusAccreditation and the development of the national accreditation system. And he noted that the year 2019 has brought important changes to RusAccreditation: a new head of the Service has been appointed, structural changes within the Service have taken place, the development of a number of new regulatory legal acts in the field of accreditation and conformity assessment has begun.

The Deputy Minister spoke about the impact of the pandemic situation on lawmaking. Laws aimed at overcoming the difficult period associated with the spread of the new coronavirus infection COVID-19 have been adopted, which provide for new rules, mandates, specifics of rendering state services, including in the field of accreditation and conformity assessment. “In the current conditions the actions of the RusAccreditation management were aimed at preserving the life and health of the personnel of accredited CABs and the Service. Alexey Khersontsev noted that the Service promptly started providing services and exercising control and supervisory activities on a remote basis.

The Deputy Minister paid special attention to the role of the Interdepartmental Council of the National Quality Infrastructure, created to implement the Decree of the Government of the Russian Federation of September 21, 2019. The document established a fundamentally new procedure for including accredited CABs in the national part of the unified register of conformity assessment bodies of the Eurasian Economic Union.

Alexey Khersontsev noted the active work of the members of the Public Council in the development of new regulatory legal acts as part of the "regulatory guillotine". The first decree of the Russian Government in this area of reform, which was issued in early 2020, cancels outdated by-laws in the area of accreditation and conformity assessment. “Now we are working on new regulatory legal acts in these areas, which should come into force in 2021. Changes to the legal framework are being made taking into account the situation with the pandemic, for example, the possibility of using remote methods in the provision of services is taken into account,” the deputy minister said. In July 2020, two major laws were adopted, “On mandatory requirements in the Russian Federation” and “Law on state control (supervision) and municipal control in the Russian Federation”, which also affected the scope of conformity assessment and the scope of accreditation.

More than 20 million tests for the compliance with mandatory requirements are carried out annually. Thanks to the consistent work of the Federal Service for Accreditation to improve the quality and transparency of the activities of accredited CABs, the number of certification bodies and laboratories decreased by 22% and 9% respectively over the past two years due to the termination of activities of unscrupulous market participants. At the same time, an increase in the number of inspection bodies is a positive trend.

An important area for RusAccreditation is digital transformation. The work of the participants in the national accreditation system takes place on the basis of the Federal Government Information System of RusAccreditation, which was created in accordance with the key values for the field of accreditation and conformity assessment. The system contains a large amount of regulatory and reference information. Work is underway to launch a configurator for electronic areas of accreditation. “It is the exhaustive volume of reference books and classifiers, which are kept up-to-date, that allows us to start taking the first steps in building a service for creating machine-readable protocols based on the Federal Government Information System of RusAccreditation and their further analysis,” Nazariy Skrypnik said.

In the field of international recognition of the national accreditation system, in June 2020, the remote evaluation of RusAccreditation by APAC was completed, which confirmed the transition of the Service to the new version of the 17011 standard. In the fall of 2020, RusAccreditation will be evaluated by APAC, when it is necessary to confirm the status of the Service as a signatory to the multilateral APAC Mutual Recognition Arrangement in terms of laboratories. The service plans to expand the scope of APAC recognition in the areas of accreditation of certification bodies, inspection bodies and ILC providers. “In view of the pandemic, the on-site part of the assessment is postponed to the first quarter of 2021, which does not cancel the beginning of the assessment itself in the remote format this fall,” said the head of RusAccreditation.

Among the main tasks of RusAccreditation for 2020, Nazariy Skrypnik outlined the continuation of the digital transformation of the Service in the provision of public services and the implementation of control and supervisory activities, the expansion of international cooperation, the development of the expert community and the enhancement of the competence of participants in the national accreditation system.

During the meeting Vladimir Salamatov presented the initiative “Digital technical regulation of the EAEU”. The initiative of the Eurasian Union provides for the creation of a supranational component - a digital platform with a user interface, services implemented within the mandate of the Eurasian Economic Commission. The supranational component will allow users to gain access to both the digital services of the Union in the field of technical regulation and related areas, and to services at the national level. Services are developed in the EAEU member states by authorized state bodies and companies of various forms of ownership.

An important role in the creation of digital technical regulation will play the experience accumulated by the Federal Service for Accreditation and the National Institute for Accreditation of RusAccreditation (NIAR) in the digitalization of conformity assessment processes, creating regulatory and reference information, and working with large data. Its application will provide a significant acceleration in the implementation of the EAEU Digital Technical Regulation project. A significant amount of work as part of the project is planned on the basis of NIAR.

The Public Council is a standing consultative and advisory body, the main purpose of which is to attract the public to improve the efficiency and quality of performance by the Federal Service for Accreditation of powers in the established area of activity.

To solve the tasks set before the Public Council, in order to discuss the most important issues, to protect the interests of a certain category of participants in the unified national accreditation system, the Public Council has formed five standing committees and twenty working groups. 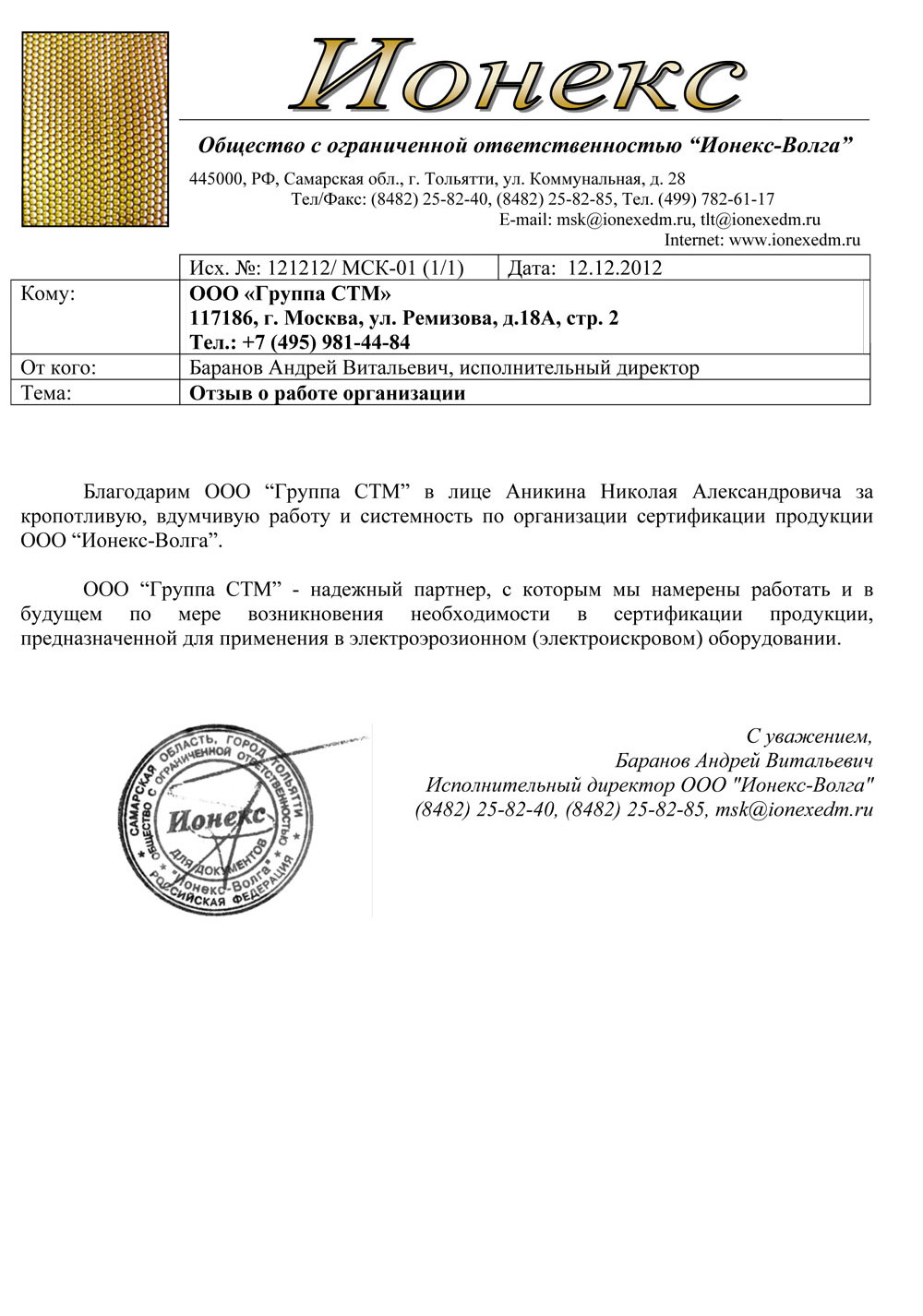 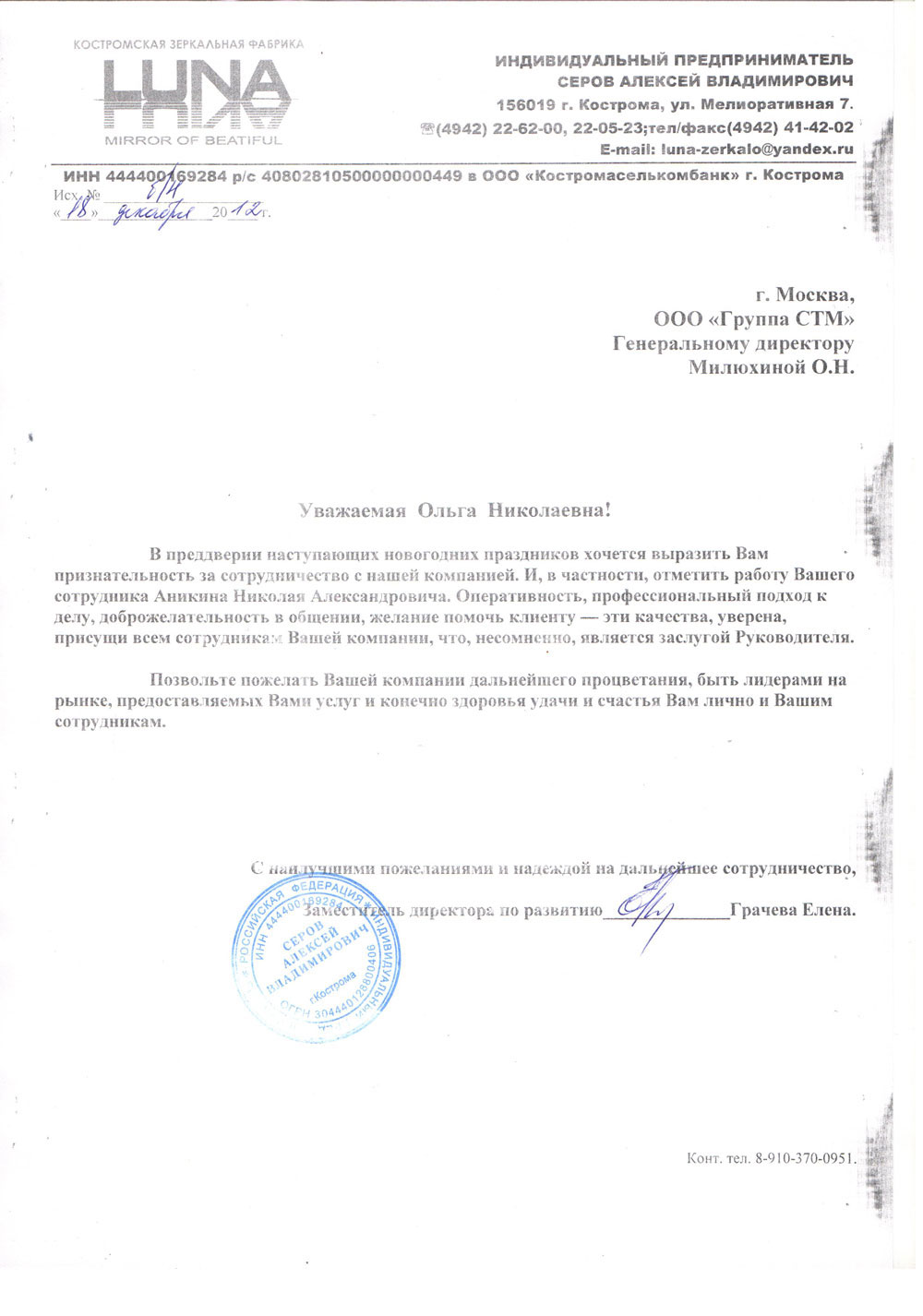 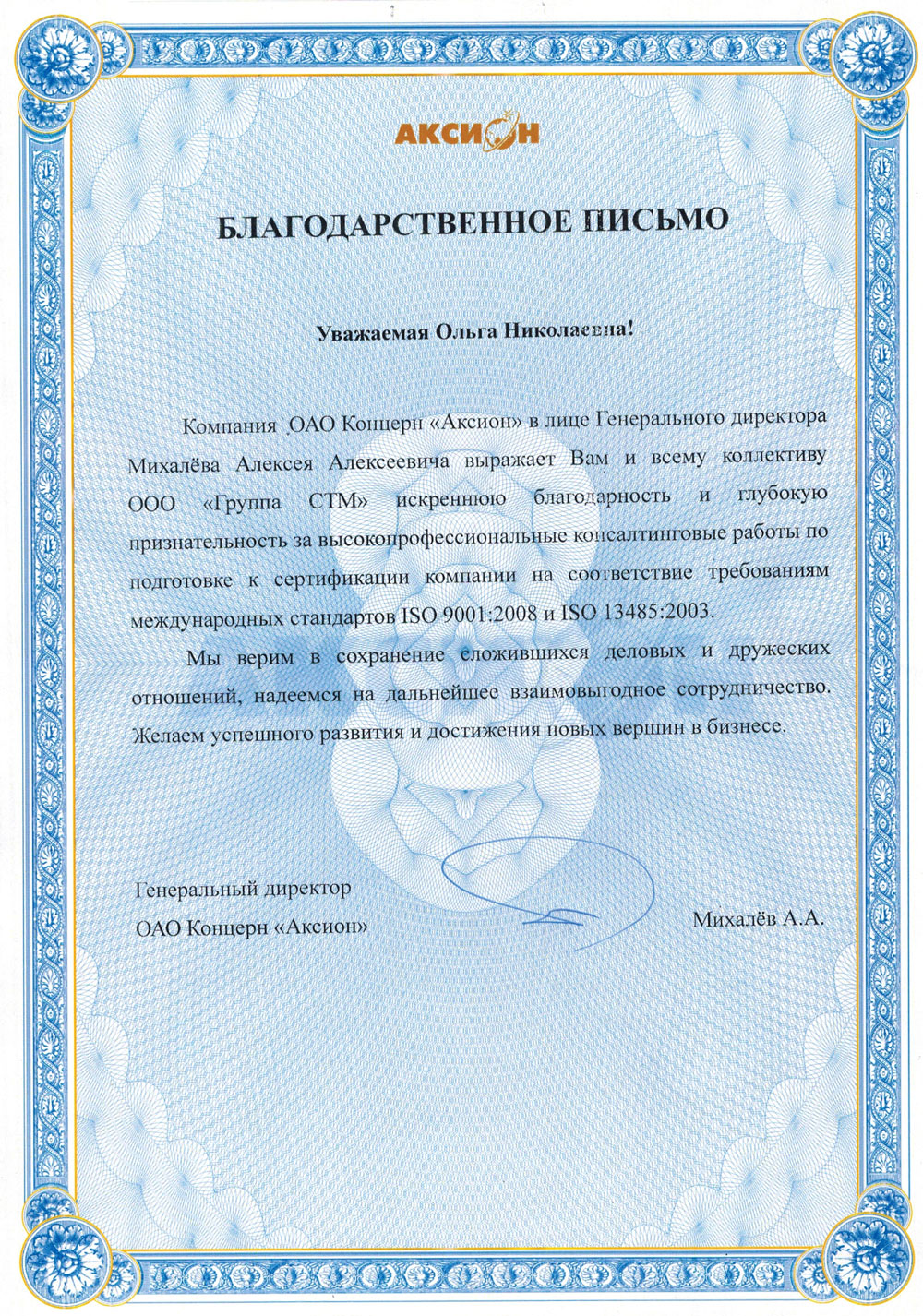 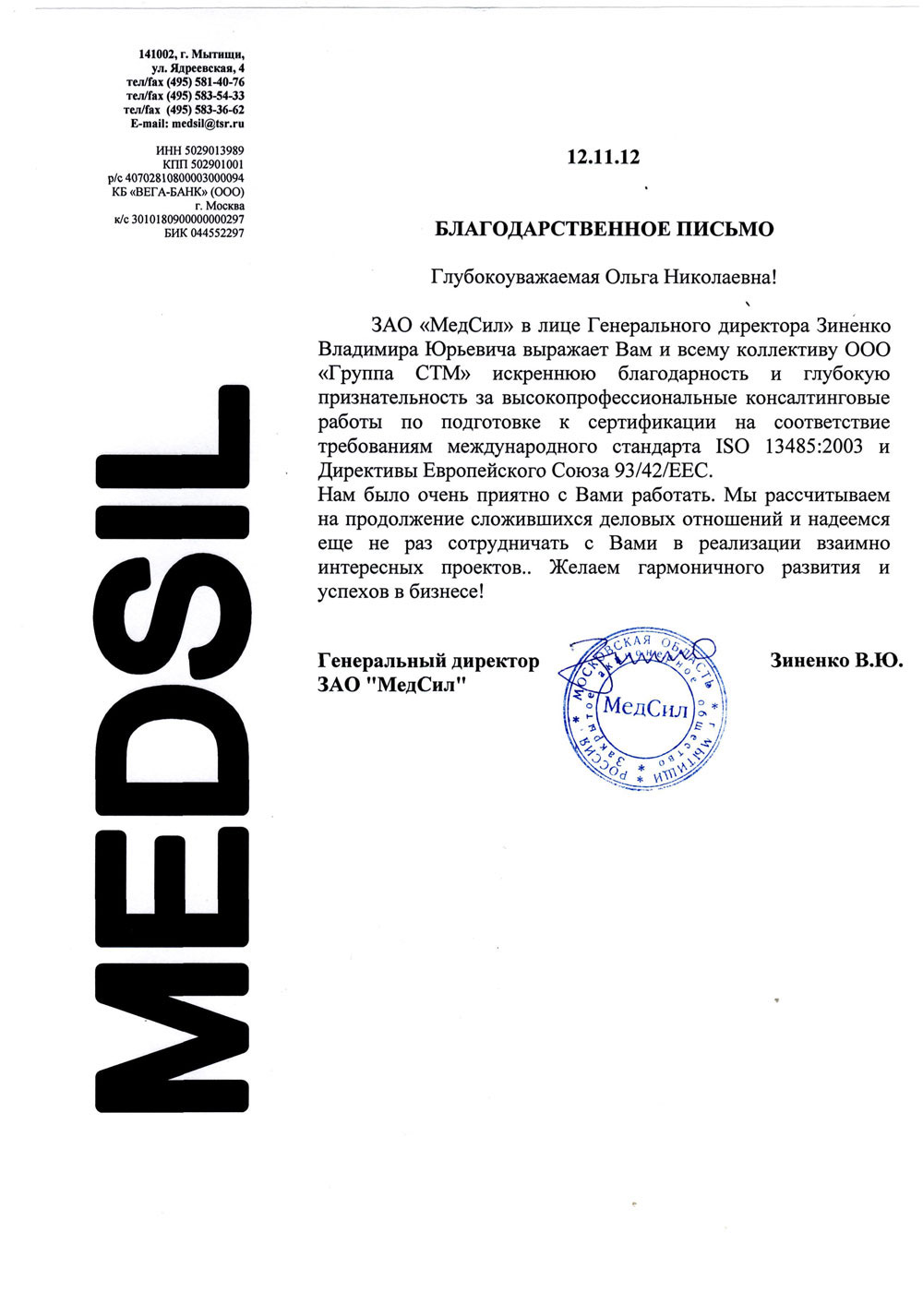 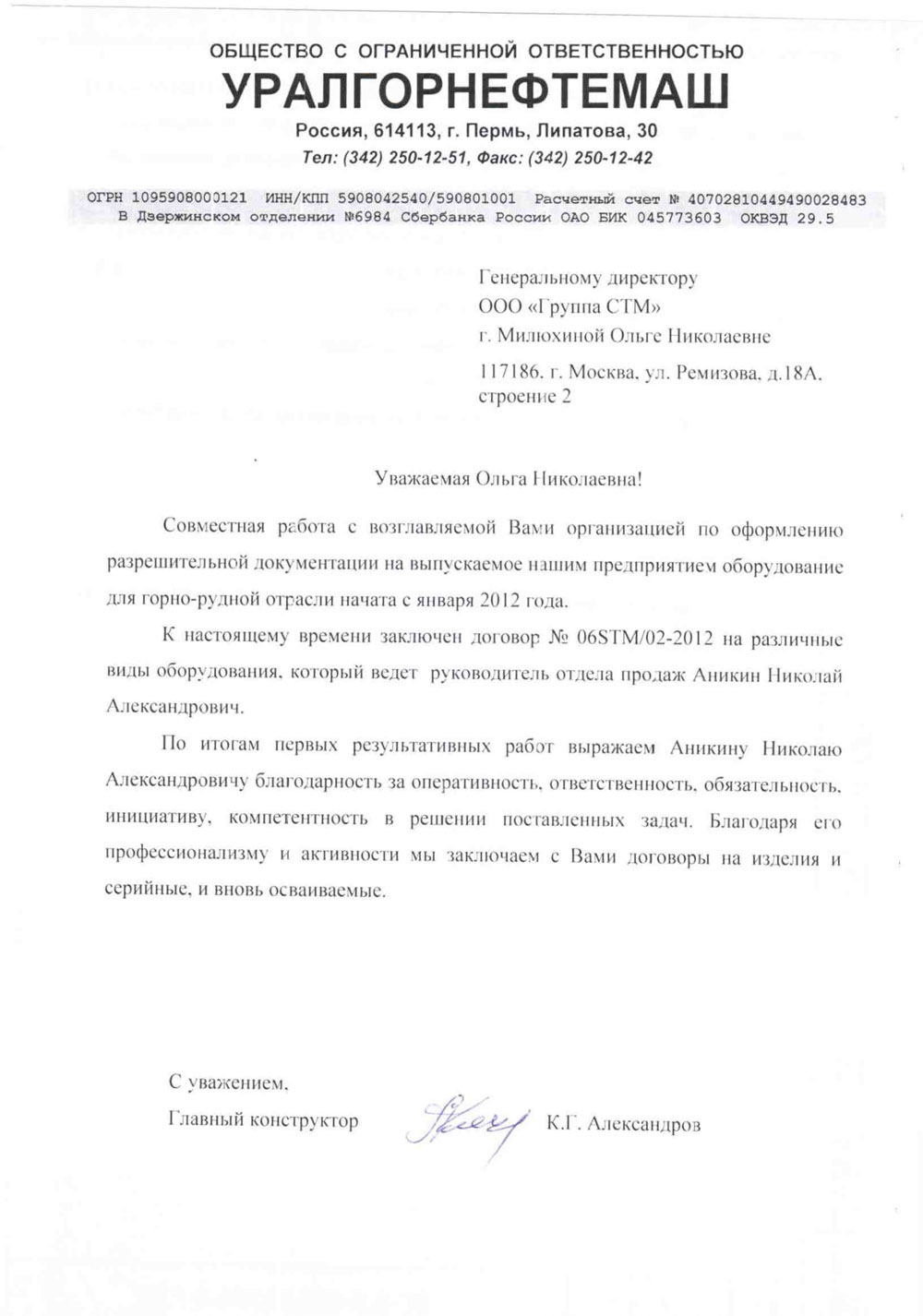